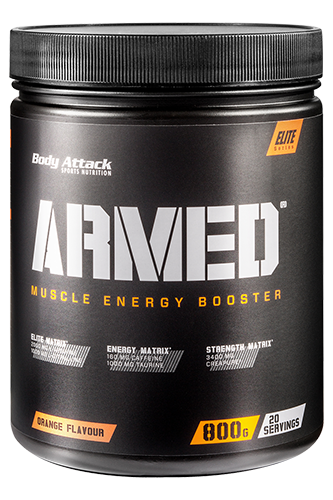 Made in Germany
The ARMED energy booster by Body Attack is a particularly effective pump and muscle growth supplement.

OrangeWatermelon
*This file (PDF) can be opened with Adobe Reader, if not allready installed.

Content is sufficient for use according to our recommendation for 20 day(s).


The ARMED energy booster by Body Attack is a particularly effective pump and muscle growth supplement and is regarded as THE innovation in the field of pre-workout energy boosters. Body Attack ARMED provides the branded natural substances Creapure and Optipep and contains other top-quality ingredients such as L-Citrulline, L-Arginine, BCAAs, taurine, cysteine, tyrosine and green tea extract. 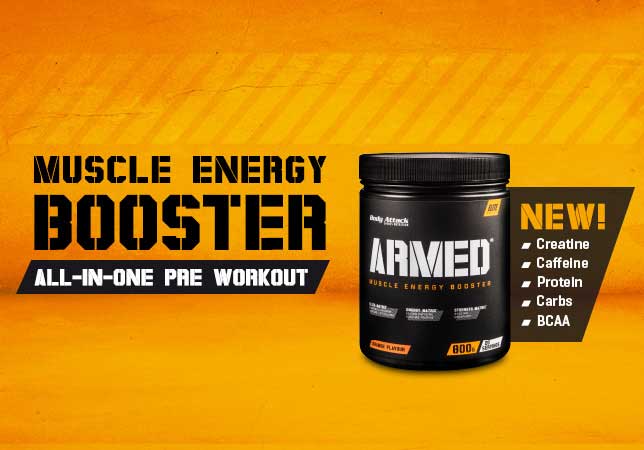 
Many athletes are looking for an even more powerful booster which guarantees even more strength and stamina for training and which also promotes concentration, thus ensuring that exercises can be completed in a controlled manner. The result? A significant muscle pump after each training session.