Buy Creatine Products in the Body Attack Shop now! Whether in powder or capsule form - along with Protein for Muscle Growth and Amino Acids, creatine has for years been one of the most popular nutritional supplements in fitness and strength training.

Creatine is a substance that occurs naturally in the body and which can enhance physical performance during dynamic strength training in the course of brief and intense physical workouts.*

In addition to powerlifters, track and field athletes and footballers nowadays also use creatine as a supplement to enhance physical performance.

Creatine Capsules
out of stock

Creatine Powder
out of stock 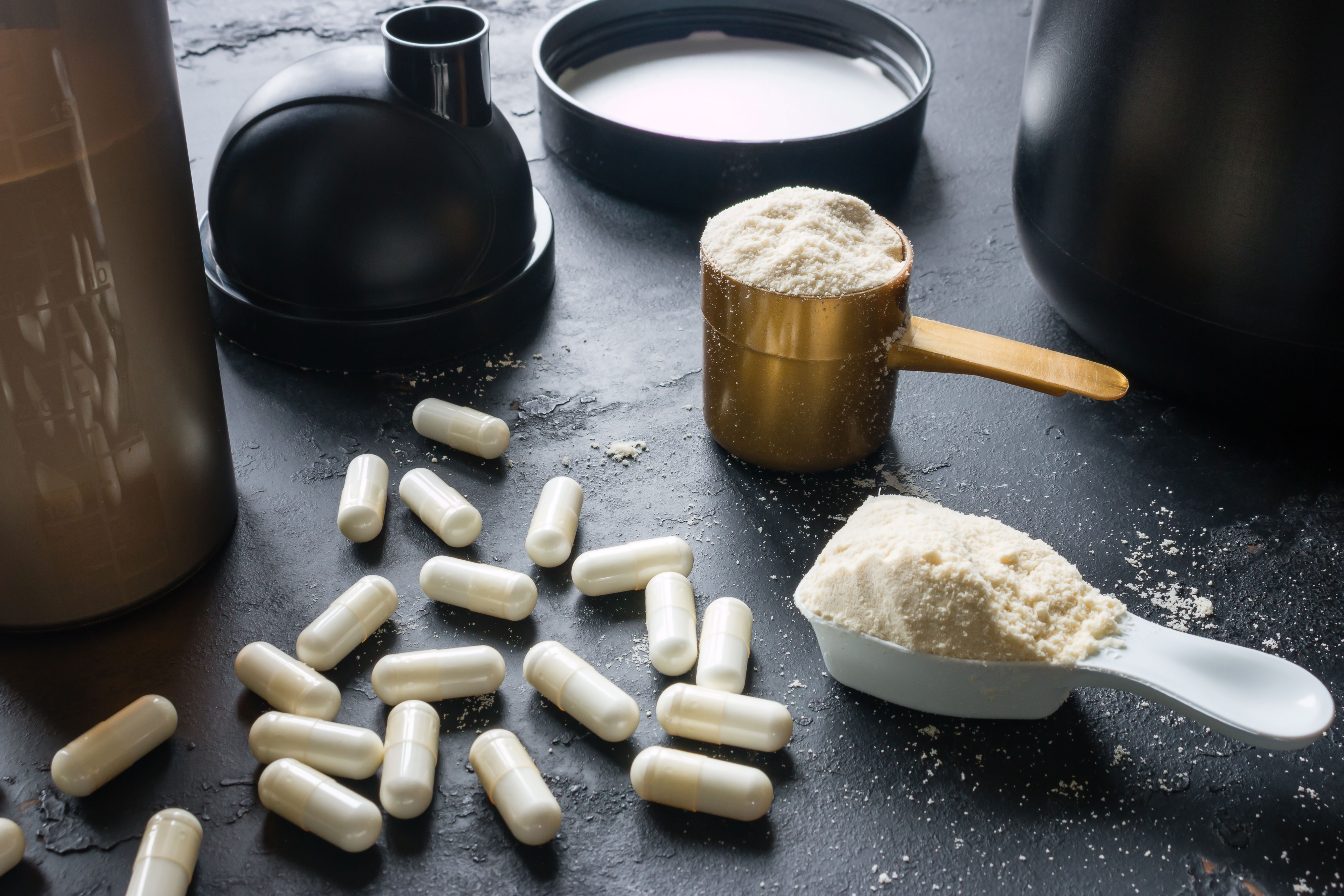 Creatine is an acid which is principally found in meat. Creatine is mainly stored in the human skeletal muscles and can partially be produced by the body itself. Other sources which can supply the body with creatine are fish and meat (especially beef).

Natural sources of creatine frequently have a high fat content, which means consideration should be given to its consumption. In addition, the body can take in concentrated creatine in the form of nutritional supplements which are low in fat.

Creatine can increase physical performance during dynamic strength training in the course of brief and intense workouts. Athletes can also undergo a creatine regimen or take creatine in combination with other products.

Functions in the Body

95 % of creatine is found in the musculature. Besides protein and other important nutrients, creatine is also found in the Health Claims Regulation. In this regulation on nutritional and health claims on food labelling, the following function has been awarded to creatine: "Creatine increases physical performance during short-term, high intensity, repeated exercise bouts." (Health Claims Regulation, 2012)

Such a clear description on the effects of a nutritional supplement is not often given in official documents. This aspect alone makes it clear what significance creatine has, particularly in the sporting world. Both bodybuilders and powerlifters as well as sports athletes such as basketballers or handballers rely on creatine supplements, because creatine can increase performance. Do you already know the new Low Carb Protein Shake by Body Attack?

But it`s not only the performance-enhancing properties of creatine which allow it to stand out from the crowd, the many and varied dosage forms also play a role.

Creatine is available from Body Attack both in tablet and capsule form as well as in liquid form or as a powder (monohydrate).

The advantage of creatine in powder form is how easy it is to mix into protein shakes or fruit juice. There are hardly any differences in the effects of the different creatine forms. So, when selecting the right creatine product, its important to consider personal preference on the way it is to be taken.

Athletes who are constantly on the go, often prefer capsule products as these are more convenient to take than powder. So-called Creatine Monohydrate, however, is often cheaper.

Because storage in the body is limited, a creatine supplement regimen is often recommended. After taking supplements of an average 3 g per day over a short eight to twelve week period, have a break of at least one month in order to prevent a tolerance effect. However, some creatine products can be taken over longer periods, providing they are only taken immediately prior to physical exertion in order to improve training performance.

Our bodies independently produce around one to two grammes of creatine per day. An average man weighing around 70 kg has about 120 gramme creatine distributed over the entire musculature.

Furthermore, a loading phase is no longer necessary. One further advantage is fewer capsules need to be swallowed owing to its buffered form and there is no additional need for carbohydrates from fruit juices when taking it since it contains maize starch. Kre-Alkalyn by All American EFX was discovered by the prominent bodybuilder Jeff Golini. Meanwhile, All American EFX enjoys an excellent reputation all over the globe. Its an impressive product that also has years of experience under its belt. EFX embodies the Natural Freak Movement, which aims to practice drug-free bodybuilding, power sports and martial arts.

In a joint cooperation with EFX, Body Attack brought out the revolutionary product EFX Kre-Alkalyn Nitro Pro in spring 2012, which is a combination of the two top products Kre-Alkalyn Pro and Nytric.

The question of intake or administration is a very interesting one, especially for athletes, as they need to estimate how much additional creatine the body needs.

The body gets this additional creatine through food. Creatine is primarily found in meat and fish. This requirement can be quite a bit higher in athletes than in non-athletes.

Since sources of creatine frequently contain lots of fat, it is difficult to get an adequate supply. However, there are specific nutritional supplements that can help ensure an adequate, low-fat supply of creatine.

* In order to increase physical performance levels during short and intense physical exertion, we need to provide our bodies and muscles with at least 3 g of creatine in our daily nutrition. This information is generally valid for this text and includes all advertised effects.